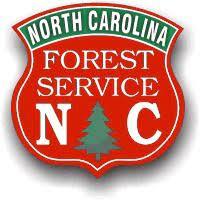 From a modest beginning in the 1940s, the North Carolina Forest Service aviation program has grown into a formidable fire management tool. The original force was composed of surplus Navy N3Ns and Piper observation planes.

Today the agency operates 22 aircraft including 17 fixed wing airplanes and five helicopters. Aircraft are utilized in forest management, fire mitigation and detection, as well as fire suppression and direction to ground forces battling wildfires. Based strategically throughout the state, the response time of these aviation resources to emergencies can be measured in minutes.

A fleet of two single engine airtankers (SEATs) can operate from remote airstrips near the fire scene and deliver up to 800 gallons of fire suppressant or retardant during an initial attack or in support of ground firefighting forces.